- June 14, 2018
It is quite common to want to utilize the analysis of past results to predict the future. Singapore uses the third placing result of each track and field event as a selection criterion for the next SEA games. Some countries in South East Asia do the same but are there benefits in using this selection criterion. Economist who subscribes to the "Efficient Market Hypothesis" believes that future market prices cannot be predicted using past price information. Similarly, as one will see, data from past SEA games is not a good predictor of results for the next SEA games.

I have compiled the SEA games results for the top 3 placings for 36 track and field events in the SEA games since 1959  (it was then known as the SEAP games). The data was obtained from the souvenir programme given out during the 2017 SEA Games (Courtesy of  Akid Chong) and also from Wikipedia. I wrote the codes to  create charts from data across all the years on my website. You can click on the following link to the website 123finish.com (Click the  button "Chart" on the website).

If the previous games result of an event is strong, it is difficult even for some of the medalist to qualify for the next edition. As a result, not many countries choose to send athletes for the next SEA games in that particular event. This has happened many times. One example is the 4x400m Men's event. In 2007, the 3rd placing time was a fast 3:08.53 (Singapore's national record currently stands at  3:10.55 which was achieved in 1974 at the Teheran Asian Games). In the next games (2009 in Laos), Singapore did not send a team. Only three teams - Thailand (3:08.40), Malaysia(3:10.19) together with the host Laos(3:26.46) - took part. The National University of Singapore (NUS) team  ran a 3:23.18 at the 2008/2009 Singapore IVP (Institute-Varsity-Polytechnic) track and field championship. In the 2011 SEA games,  Singapore was 3rd with a time of 3:18.50 (ran by the quartet of Zaki Sapari, Ng Chin Hui, Kenneth Khoo and Lance Tan). Singapore would have gotten a bronze medal if we had sent a team to the 2009 SEA games.

This does not only occur in the 4x400m event, but also across all other events. In 2003 (https://en.wikipedia.org/wiki/Athletics_at_the_2003_Southeast_Asian_Games), only one athlete recorded a height in the men's pole vault event. Thus, only the gold medal was awarded in the event. Similar to the chart in figure 1 above, one will find that all the events have a similar up down cycle happening at a very high frequency.

An athlete who is chosen when the preceding games results are weak, may not necessarily win a medal because all other participating countries following the same selection criterion would also  focus on and participate in the event.

What other selection criteria should be used that will help improve the sport? The overall performance of a country will always be better when they are the host because the host will normally be represented in all events regardless of the previous game results. Singapore, as the host of the 2015 SEA games, decided that the top 2 local athlete in each event would represent the country at the games. Every athlete who had a chance were spurred to get a place in the Singapore team. Events such as decathlon, heptathlon and women's 3km steeplechase started to see participants after suffering a long drought in local competitions. Performance across the majority of the events improved during that season.


As the tale goes, two men were hiking in the jungle and they came across a hungry tiger. As the tiger started running towards the two men, one man thought to himself, "I will never outrun the tiger!". However, the other had a different view. "I won't need to outrun the tiger. I just need to outrun the guy next to me". One of the reasons athletes quit the sport prematurely is because the goal of even qualifying for the regional games, is to them, a goal which is out of reach -  Just as outrunning a tiger is. If the selection criterion is changed to select the best athlete in Singapore instead of the current 3rd placing criterion, then it will be, in the minds of the athlete, something which is achievable. This will eventually raise the standards in each event, as athletes compete among themselves to do better.

Singapore's Track and field medal collection from 2001 to 2017 is shown below:-


The current selection criterion has not helped the sport progress. Changing the selection criterion by sending the top athletes in each event to the SEA games alone may not immediately bring in medals but it is the first step in making things right. If budget is the issue, then athletes who are too far away from the SEA games standard, could find their own sponsors to pay their way to the games. The next step after fixing the selection criterion is then to develop the athletes. Athletes need sufficient funding and support to train full time, which is what Thailand, Vietnam and Indonesia are providing for their athletes. Many coaches are currently helping the national athletes pro bono and most likely spend money out of their own pockets in doing so.

Athletes who are determined can get to the top in whatever environment they are presented with. However to get a steady stream of high performance athletes through the generations will depend on a sound system and structure. Singapore has no shortage of talented athletes but could do better with some wise administration.

Based on the data analysed, it is evident that the use of previous game placings as a selection criterion has neither increased our medal haul nor helped develop our athletes. The countries that do away with this type of selection criterion the earliest will benefit the most. A good example is Thailand, who has been sending junior athletes to the SEA games to let them gain experience competing at a major competition. All South East Asian countries should do the same. After all Thailand has shown themselves to be a powerhouse across all events in track and field since the inception of the games in 1959. 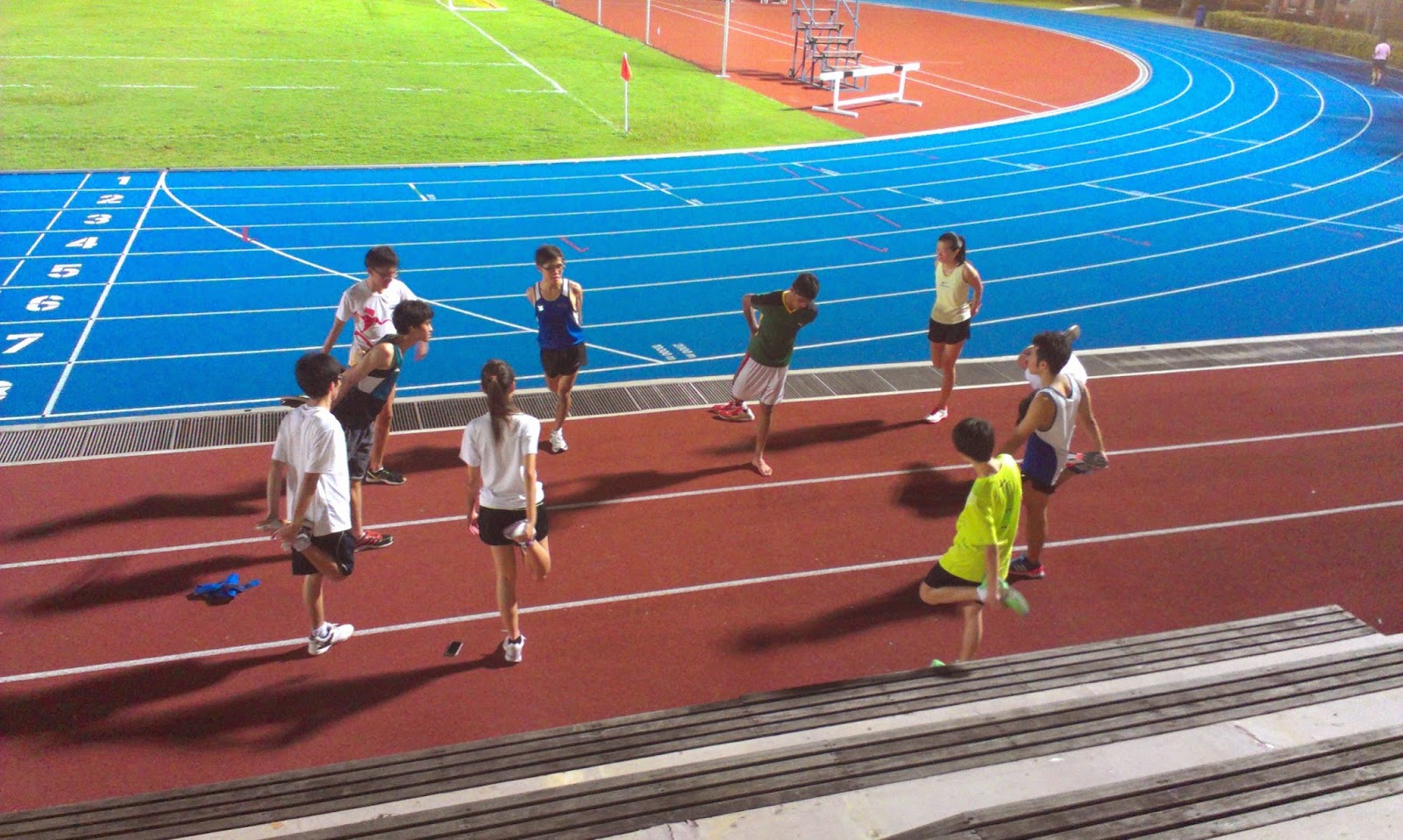